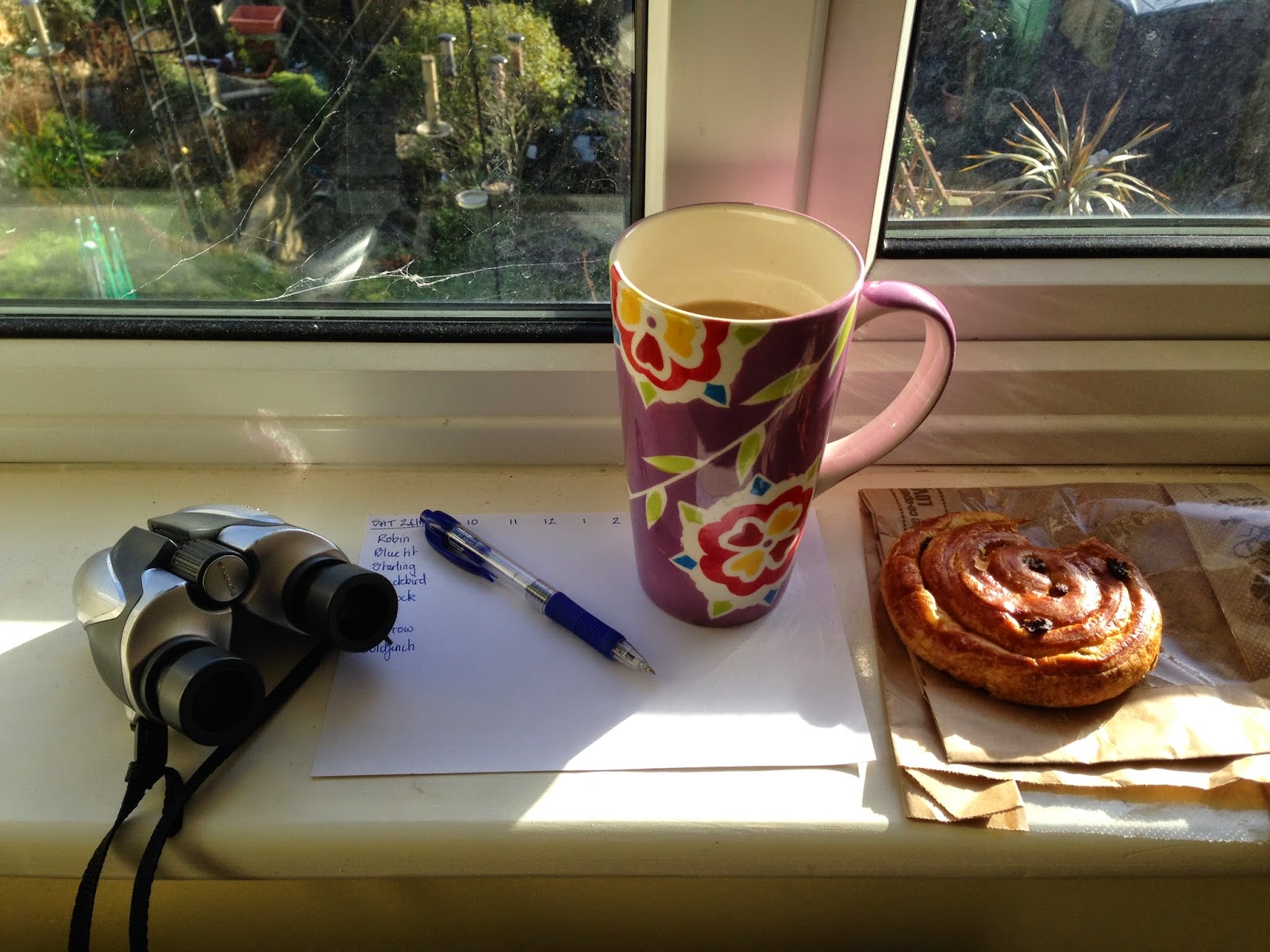 Freshly made cup of coffee, pain aux raisin, pen, paper and binoculars all set for the RSPB's Big Garden Birdwatch - an annual event held on the last weekend in January and started an incredible 36 years ago.

I always stock up the feeders in the weeks running up to BGBW with a variety of foods in the hope that I'll get a good turnout on the day.  Sadly, the birds seem to know and my regulars head off elsewhere as I try to notch up as many species as possible in one hour.

I usually watch for one or two hours throughout the day and then take the 'best' hour to record.  Most birds will make an appearance first thing in the morning to fuel up for the day and then again in the afternoon an hour or two before sunset.  There are always the usual suspects who are in and out all day - mainly the robin and blue-tits.

This year was a good results for my small garden with 10 different species and one squirrel (they also like to see who else, apart from birds, is visiting the garden).  All of my regulars except for the wren and goldfinch which didn't turn up until later in the day.

This year I also took a wander over to my local park towards the end of the day.  You can record species you see in a park if you don't happen to have a garden.  Fewer species but in greater numbers - like the woodpigeon (30+), house sparrows (18+) and greenfinch (20+)  as well as several robins and blackbirds.
at 17:58